WANdisco prides itself on its wealth of talent and its retention record. This is important given the competition for good software engineers. We have a strong track record of keeping people challenged, motivated and enthused by the complex scenarios our technology addresses.

In addition to providing work that stretches our people, we operate a mentoring scheme for those joining us fresh from university or early in their careers. Our young engineers are given the chance to shadow and work alongside data scientists with PhDs, many of whom have 30 or more years’ real-world experience. Our Chief Data Scientist, Inventor and Co-founder, Dr Yeturu Aahlad, who developed the complex mathematical algorithm that forms the basis of WANdisco’s patented DConE technology, is well known for being highly approachable. Our younger employees say that their day-to-day contact with Dr Aahlad and other senior engineers is more inspiring and useful than weeks of classroom training. Dr Aahlad is recognised as a global authority on distributed computing. He has a PhD in the subject from the University of Texas, Austin, as well as a BSc in Electrical Engineering from the Indian Institute of Technology (IIT), Madras.

In 2018 we significantly strengthened our engineering team due to the addition of Dr Ramki Thurimella who joined in January 2018 as our VP of Research. 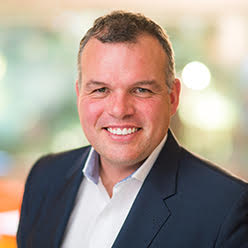 Since co-founding the Company in Silicon Valley in 2005, David has led WANdisco on a course for rapid international expansion, opening offices in the UK, Japan and China. David spearheaded WANdisco to a hugely successful listing on the London Stock Exchange (WAND:LSE) and, shortly after, the acquisition of AltoStor, which accelerated the development of WANdisco’s first products for the Big Data market.

A passionate advocate of entrepreneurship, David has established and successfully exited several highly successful Silicon Valley technology companies. David was the founder and CEO of Librados, an application integration software provider, and led the company’s acquisition by NASDAQ-listed NetManage, Inc. in 2005. David is a frequent commentator on a range of business and technology issues, appearing regularly on Bloomberg and CNBC. David holds a BSc in Computer Science from the University of Huddersfield.

After Paul Walker, the former Chairman, stepped down from the Board in October 2016, David took the role of Chairman. In 2017 David was awarded an Honorary Doctorate by Sheffield Hallam University in recognition of him being a champion of British technology and a passionate advocate of entrepreneurship.

David and his wife Jane founded the David & Jane Richards Family Foundation with the purpose to educate, empower and improve the lives of children through hands-on programmes and targeted assistance. They aim to encourage children to fulfil their potential and make a positive impact on the world around them. The first programmes commenced in 2018 in some state schools in the UK, where they will use new methods to teach computing skills and install beehives as part of a wider teaching curriculum. 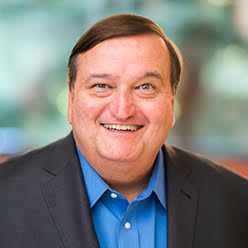 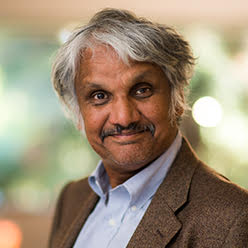 Dr Aahlad is a recognised worldwide authority on distributed computing. He is named in 35 WANdisco patents, including US and international patents, continuations and divisionals. It was Dr Aahlad’s vision and years of persistence that led to the invention of technology that many thought was impossible – that of Active-Active replication (WANdisco’s patented DConE technology). Prior to WANdisco, Dr Aahlad served as the distributed systems architect for iPlanet (Sun/Netscape Alliance) Application Server. At Netscape, Dr Aahlad joined the elite team in charge of creating a new server platform based on the CORBA distributed object framework.

Dr Aahlad has a PhD in Distributed Computing from the University of Texas, Austin, and a BSc in Electrical Engineering from IIT Madras. 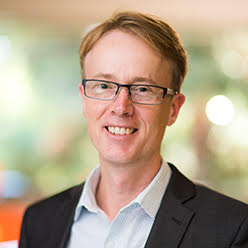 Paul has overall responsibility for WANdisco’s product strategy, including the delivery of product to market and its success. This includes directing the product management team, product strategy, requirements definitions, feature management and prioritisation, roadmaps, coordination of product releases with customer and partner requirements and testing. Previously Regional Chief Technology Officer for TIBCO Software in Asia Pacific and Japan. Paul has a Bachelor of Science with first class honours and a Bachelor of Engineering with first class honours from the University of Western Australia.

Dr Thurimella has extensive experience in algorithm design and information security. He has published over 50 peer-reviewed papers and three book chapters in these areas. He held various senior positions at the University of Denver, including the Director of Cybersecurity and the Chair of Computer Science and was Director of Engineering at P2 Energy Solutions and Software Architect and Project Manager at Symphony Media. Dr Thurimella has a PhD in Parallel Graph Algorithms from the University of Texas, Austin, and an MS in Computer Science from IIT Madras. 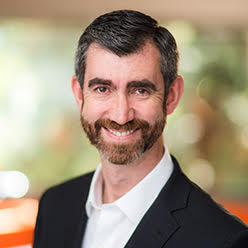 Keith previously spent nine years with TIBCO Software in Asia Pacific including serving for over five years as Regional Vice President and Managing Director of Australia and New Zealand. Keith worked at Librados as Vice President EMEA, where he was part of the founding team from start-up until the acquisition by NetManage. He was a Regional Director at Reuters Plc, where he was responsible for Reuters’ $100m+ software solutions business. Keith holds an MA in Management Science and Information Systems Studies from Trinity College, Dublin.

Peter was a member of the sales management team at Empirix’s Web Business Unit, which was acquired by Oracle. He was also part of the sales management team at Vecta Software, a CRM and business intelligence software vendor. He began his career with Sales Dynamics, helping early stage venture-backed technology companies establish sales processes that enabled them to achieve aggressive revenue targets. Prior to his career in technology sales, Peter spent six years in the British Army with the Royal Engineers. 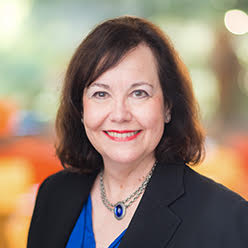 Anne was the VP HR of Envivio. She was also the VP HR for Harmonic, Inc. as well as the Director General of Harmonic Europe. She has also held senior level positions at Quantum (Seagate), Schlumberger Limited and Computer Sciences Corporation (“CSC”). Anne earned her BA at Clarke University and completed graduate studies in Linguistics at Emory University and postgraduate studies at L’université Paris-Sorbonne. She has a Master of Arts degree in Business Leadership and Ethics from St. Mary’s College of California. 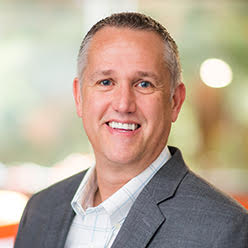 Larry previously worked at Wilson Sonsini Goodrich & Rosati, a large California-based law firm, where he provided advice and services both to large corporations and emerging growth technology companies. He also had roles in Gunderson Dettmer, another Silicon Valley firm, and Hughes & Luce, a Dallas law firm. He started his legal career at telecommunications giant Northern Telecom in Texas. Larry holds a JD from Brigham Young University, a BSc in Business Management and a BA in Asian Studies, also from Brigham Young University.

Daud has spent the majority of his career following and commentating on infrastructure and application software companies and IT service companies. He was a Director in equity research at Canaccord Genuity covering UK technology companies. Previously at Berenberg, where he established its global technology research franchise. Daud has also had senior roles at JP Morgan Cazenove and Merrill Lynch. Daud qualified as an accountant (ACA) from PwC in 1999 and has an MA in Computer Science/Management Studies from the University of Cambridge.

Dr. Konstantin Boudnik, is one of the veteran developers of Apache Hadoop, co-author of Apache BigTop, the open source framework for creation of software stacks and operation of data processing projects used by all commercial vendors of Hadoop-based platforms including Amazon EMR, Google Cloud Dataproc, and other major distributors. With more than 20 years of experience in software development, big- and fast-data analytic, distributed systems and more, Dr. Boudnik was awarded with sixteen US patents in distributed computing, and contributed to a dozen of open source projects in the field of distributed computing and data processing. He has championed a number of successful open-source projects including Apache Ignite, Apache Groovy, Apache Zeppelin. During his carrier Dr. Boudnik hold engineering and leadership positions at Sun Microsystems, Yahoo!, Karmasphere, WANdisco. Dr. Boudnik has co-authored “Professional Hadoop” book. and serves on the advisory board for a number of Silicon Valley and international firms. Over the years, Dr. Boudnik’s has founded a number of technological startups, and his consulting business delivers solutions for companies like FINRA, EMC, Pivotal, Gridgain, Canonical, and more.

Talk to us about making data movement reliable without downtime.